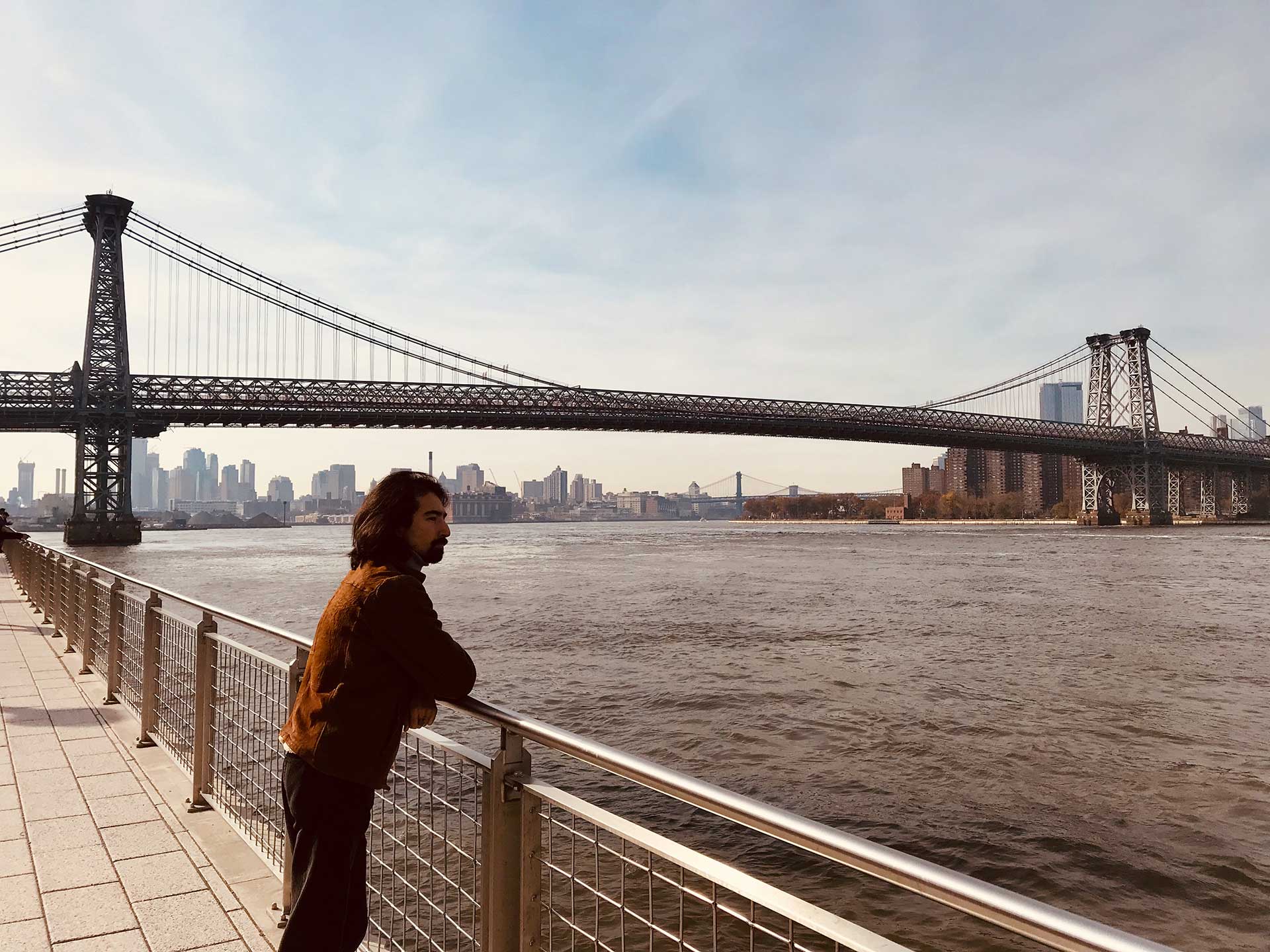 Goodhertz’ latest employee is Noah Dayan, a musician and audio engineer currently living in London. In addition to writing code at Goodhertz, for our latest release (3.5) Noah also translated the plugin interfaces into his native French and contributed to the latest revision of translations in his native Japanese. You can find out more about Noah on his website.

Recently, via Slack, I asked Noah a few questions in English, another language he speaks fluently (!)

Where are you in the world and what’s the weather like?

I currently live in a tiny apartment in London and you can probably guess the answer to the second part of the question: cold and rainy!

I’m actually not really sure myself because I was speaking French to my dad, Japanese to my mom but they put me in an English kindergarten! But if I had to guess, I think my first words were probably in Japanese…

And what was your first programming language?

Right… So before going to Uni, I tried to kind of learn Obj-C by reading some boring textbooks but quickly realized it wasn’t probably the best language to start with so I thought, well there’s this “C” letter in the name so maybe I have to learn C first. That also totally failed and then came the academic rite of passage: Java.

Really jumping in the deep end there! What was the last thing you committed to a Goodhertz codebase?

"Prepare for handling duplicate processors" — not very eventful nor confidential.

Do you have a favorite language — programming or human — out of all the languages you speak?

As cheesy as it sounds, probably music! Something we can all understand regardless of culture with minimal misunderstandings. Perhaps music is even a language that allows communication across planets who knows! (Hopefully someone picked up the Voyager Golden Records…)

Great answer! How did you first get into making music?

Well, I’ve been a musician my whole life since I started saxophone when I was five. Played in a few bands as a drummer, bassist, or guitarist but I guess my first experience actually making original music was when I discovered Reason in my early teens. I started noodling around with those dangling virtual cables and next thing I know, I had a good albums worth of tracks! I don’t think I’ve ventured into making electronic music since then…

How did you first find out about Goodhertz?

If I remember correctly, I was just looking around for some free plugins and stumbled upon Midside Matrix. Fell in love with the design and shortly after that a friend of mine introduced me to the mighty Vulf.

Now that you’ve translated all the plugin interfaces into French (and some Japanese), do you have a favorite translation?

Good question! Nothing as exciting as “Crocância” in the French translations to be honest, but I guess one of the odd terms (or mistranslations, however you want to look at it) that I chose to keep was the “Laissez-Passer” in Good Dither. Literally translated from “Let Thru” but essentially the name of a special travel document.

How do you mean you chose to keep?

Well since it’s an actual expression, you can read it both ways without actually imparting on the literal definition. I was debating on whether to keep the play on words or inspire myself from the other Latin translators and go with the uneventful “Clean Signal”

Ah, yeah that makes sense — in general were you keeping an eye on how the Portuguese and Spanish translations did things?

I guess it’s a good indicator to see how similar languages translate things, for instance French, Spanish and Portuguese have very similar grammatical structures as Romance languages. Same thing with Japanese and Chinese where you can compare some of the characters to understand the overall direction to follow when choosing the terms.

That’s a really tough question, so many contenders! I have to say I’m a big fan of Wow Control, and it doesn’t get any closer to analog tape than that! With so many tape emulations on the market that offer classic tape speed characteristics, you won’t find many that actually let you exaggerate and push the wow and flutter to their extremes.

What music, if any, do you listen to while programming?

As boring as it may sound, lately I’ve been listening to some jazz standards which reminds me of when I used to practice Charlie Parker solos for hours as a kid. It’s nice to go back to the roots sometimes…

Oh right on, yeah I was in a jazz standards phase myself not too long ago.

Last question: if you could live anywhere in the world, where would you live?

Wherever life takes me I guess! I’ve moved around my entire life so I’m not too picky about geography. Although somewhere in the US would be nice at some point…!