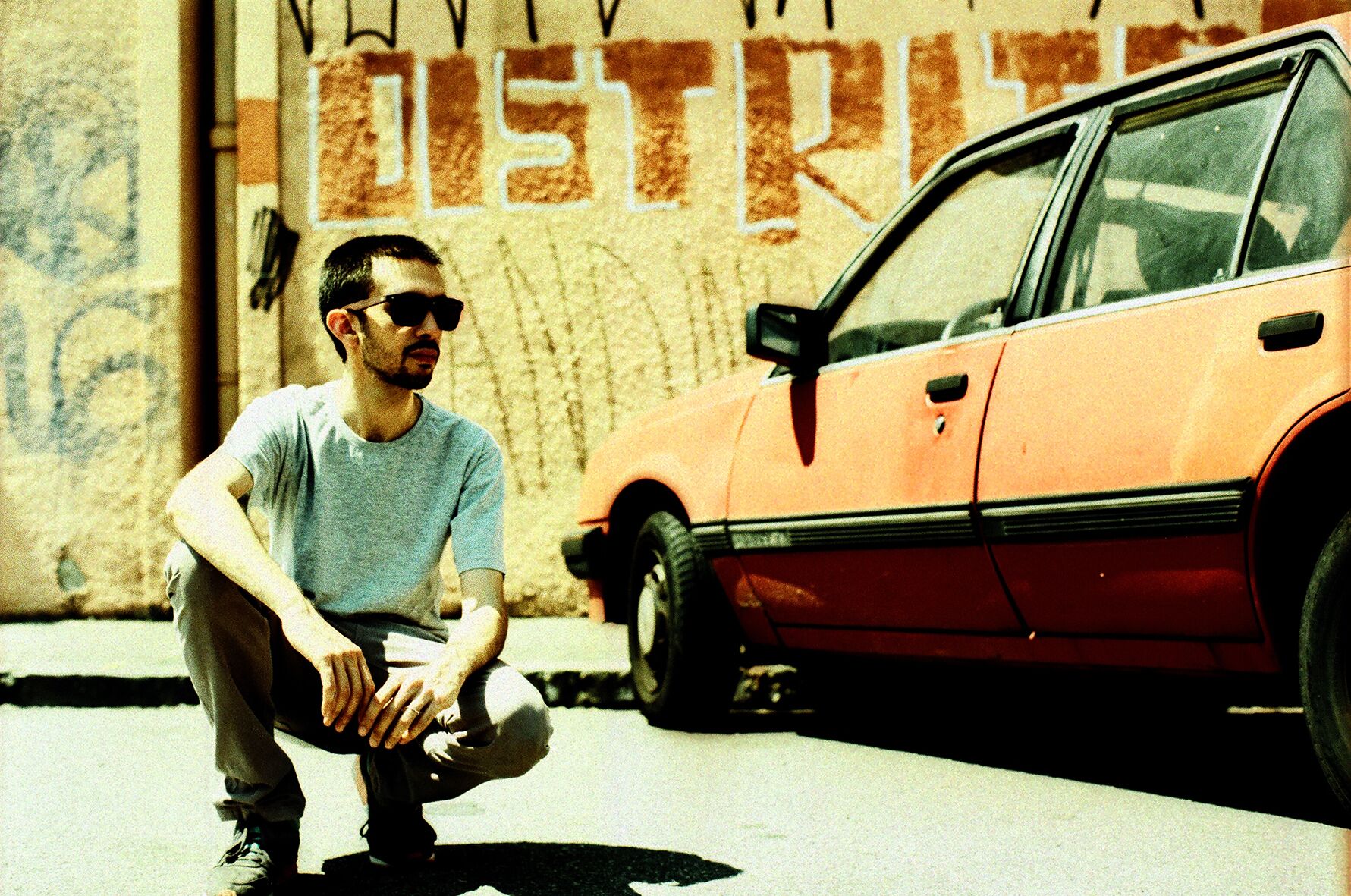 Tiago Frúgoli is a beatmaker living in São Paulo, Brazil, and an expert user of Goodhertz plugins. Not too long ago we asked him to translate our plugins into Brazilian Portuguese, and we’ll be releasing those translations in our next big release (version 3.3), along with some new Vulf Compressor presets of Tiago’s own creation, as discussed here. Recently I chatted with Tiago online, to find out a little about his history with language, and about the Portuguese translations. Thanks for chatting, Tiago!

Where are you in the world right now?

Rainy and cold — nothing like you see in pictures of Rio.

When did you first start learning other languages — and what was your first foreign language?

My first foreign language was English. I started learning the basics in elementary school in Brazil, then I went to live in San Diego, CA for a year with my family when I was 9. I went to regular school right away, and I basically learned there. Also, watching TV with closed captions on helped a lot too.

Yes! I started going right away. I was pretty stressed out by the fourth day of school and came home early, but after that it started flowing. I think I was okay with the language after 3 or 4 months. The school was near the university, so there were several other foreigners, although no Brazilians or Portuguese speakers in my class, which probably helped me. Shout out to Daniel Chazin, who’s been a close friend ever since!

It’s funny, because it feels like 9 years old is right at the margin of what you can remember most precisely. It feels like I don’t really remember what it was like not to know any English.

I really like the way Brazilian Portuguese incorporates words from native South American languages and African languages. Words like bagunça (“mess”), caçamba and farofa (a type of food) all come from Kimbundu. There are so many words we use that come from that language, and it’s so common that most people don’t even know these terms didn’t come from Portugal.

I also like the word Caiçara, for people who live in smaller beach cities. That comes from a native language for sure. My grandfather was a caiçara. Actually, here’s a proper definition of “caiçara”: inhabitants of the coastal regions of the southeastern and southern Brazil. They form a distinct group of people, descended from indigenous people, Europeans and Africans.

Fascinating! I think that also happened in the American South, though to a lesser extent, with words from West African languages — words like banjo and okra. About those loanwords you mentioned, would someone from Portugal not understand those?

Maybe when it’s a word for something very specific, but I think they would understand the most common ones, since they watch our TV and listen to a lot of our music.

How would you explain, generally, the difference between European Portuguese and Brazilian Portuguese?

It’s hard to explain, but I’d say that, generally, our vowels are much more open, and we speak somewhat slower the Portuguese, at least in São Paulo. Brazilian Portuguese has huge speaking variations, depending on where you are. I forgot the right term for this, but I read an article once about it: there are languages in which every syllable has the same duration, like Spanish, and other languages that have different syllable duration, like English. I feel like Brazilian Portuguese in São Paulo tends to have syllables of similar duration, while European Portuguese doesn’t.

I like speaking to the Portuguese; it’s funny how you can understand each other but have very different word choice to say the same thing.

How did you get into beatmaking?

I was an intern at YB Studios during High School. I was writing raps then, and I was tired of waiting for beats. I already played some piano and guitar, so I learned Reason — I think it was Reason 4 then. And then, after listening to cats like Madlib and Dilla heavily, I slowly got more into beatmaking, and instrumental music in general, instead of writing lyrics.

What would you say is the most difficult thing about translating audio terminology from English into Portuguese?

The hard part is that we use a lot of those terms in English on a daily basis. So I had to choose what really made sense to leave in English, like “sidechain”, and what to translate. The reason we use English so often is there are no audio tools available in Portuguese.

So I chose to translate most terms, even if we’re used to saying them in English. I thought it would make it easier for someone who’s just starting with audio. And maybe we can start using more Portuguese terms.

I use a lot of English terms, too, not judging at all. But one example that I always find funny: the accurate translation for insert is inserir, but a lot of people in the audio world say insertar (when it’s audio related), which is a made-up Portuguese verb, based on the English word insert. It’s actually kind of cool how these new words get formed by merging languages.

Do you have a favorite translation you did for the plugins, one that you thought was particularly clever or just interesting?

I love the idea of faders being labeled after what you feel by listening to the audio, instead of the scientific explanation of what it’s doing. It was fun to translate all these terms to Portuguese, and trying to find what would fit best. And in the end, I wasn’t just translating the English term, but also trying to keep in mind the feeling I get when I use that plugin or that fader, to check if it goes along with the Portuguese term.

For instance, I liked it that you like the idea of going with crocância for Vulf Compressor’s “Crunch” control after we discussed it, because crocância is a gastronomy term, used to describe how crunchy something is, so that word looks interesting in an unexpected way in a plugin, in a way that I think goes along well with Goodhertz usual choice of words and images.1

I actually feel like audio and cooking have many similarities, I’ve thought about this for a while. Like, the listener is receiving a finished product, they’re not listening to individual channels, and don’t know what plugin you used. But an audio engineer will listen to something and will isolate the elements, mics or plugins used, to try to recreate that later.

That’s the metaphor I like to use actually, for making plugins — like we make a certain kind of hot sauce that chefs really love, and maybe once in a while we’d be able to pick it out in a finished dish, but usually not.

Yeah, totally! The Instagram filter metaphor is probably easier to understand, though. So, maybe that first, and when the person understands that, you can tell them about multitrack processing, then cooking metaphors probably help, if you really want to get into it!

What languages do you wish you could speak?

I wish I could speak and understand more than words and short phrases in Japanese. And I wish I could read Classical Chinese more fluently, things like Dao de Jing. Actually, I could have gone in that direction when I finished college, but I chose to focus on music instead.

Last question: if you could live anywhere in the world, where you would live?

That’s a hard one. I have a deep love/hate relationship with São Paulo, and I’m not sure I’d be able to not live here. But I’ll say, living in San Diego for a year when I was 9 really made California kind of feel like home. I’ve only gone back there twice after that, to California, and I’m not 100% sure if I’d adapt to living there as an adult, but it’s definitely a place I miss, and the idea of living there, at least for a while, comes to my mind from time to time.