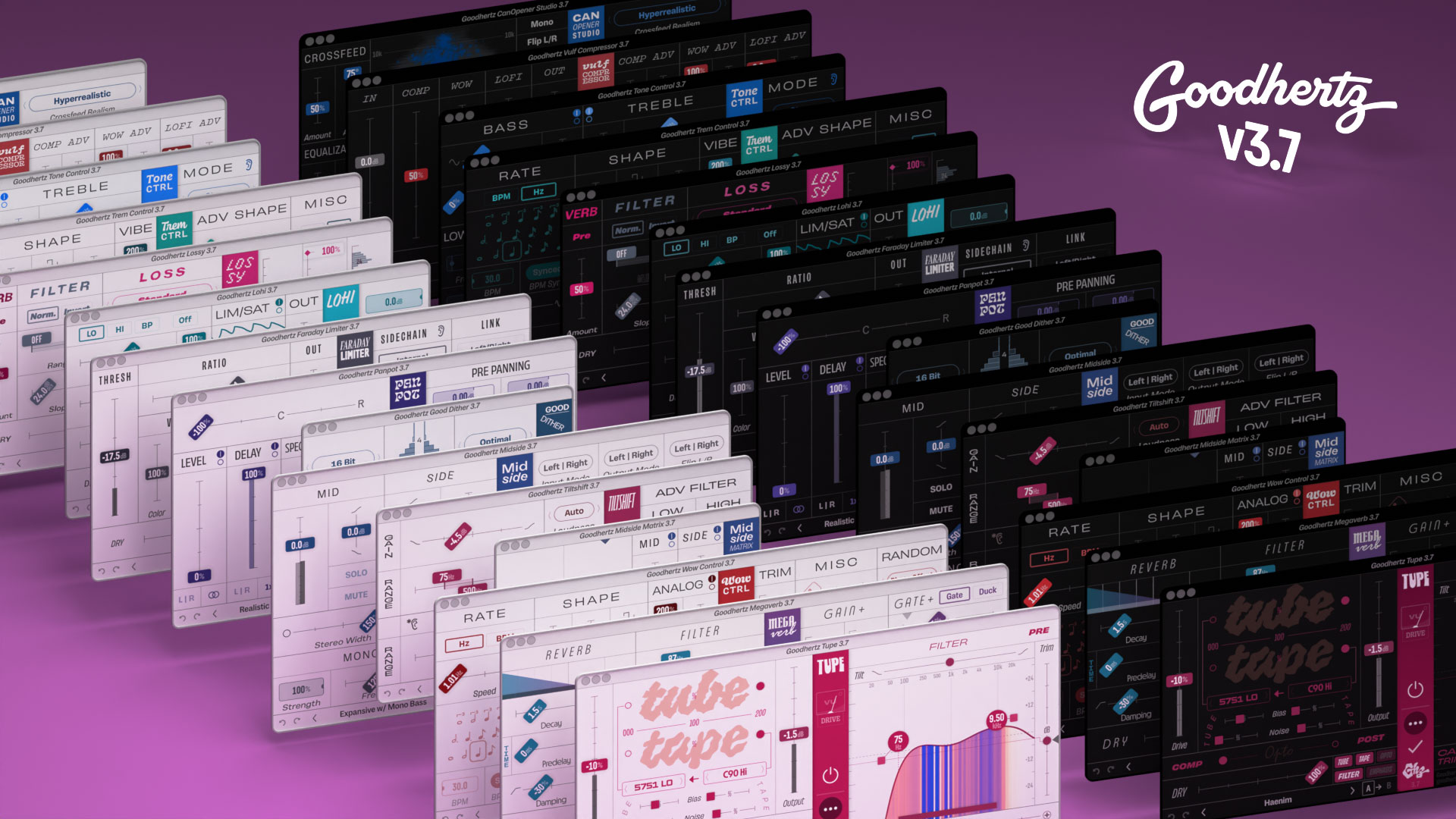 We’ve updated all Goodhertz plugins to v3.7.5 — a major update from v3.6 including full Apple M1/M2 support, enhanced graphics, higher precision controls in several plugins, and many other improvements & bugfixes. On M1, expect to see 30-40% better performance compared to Rosetta 2!

v3.7 is a FREE update for all Goodhertz plugin owners and is available for download now for both macOS and Windows.

⚠️ A note of caution for Windows users: legacy ATI Radeon HD 5450 graphics cards (originally released in 2010) are not yet supported on v3.7.x — please remain on 3.6.4. We’re actively working on a solution to enable support in a future update.