“Compression really is the salt of music mixing. It’s the ultimate tool of a mix engineer and the Vulf Compressor is a really boutique, top-shelf Himalayan pink sea salt. This can really change the direction of a song. It’s kind of a one-trick pony in the best sense, in that it gives our songs a really distinct sound and some people will just put it on the entire track. It’s been a really cool addition to people finding out about Vulfpeck through this plugin. I really believe in it. We would not be selling it or commanding that price if it wasn’t a total game changer.”

“On the outside it may look like a Volvo, but under the hood it’s a monster truck!!”

“I bought the compressor.”

Getting to know Vulf Compressor

Sometime around the turn of the century, an unknown Japanese DSP engineer engineered a radically weird compression algorithm for the Boss SP-303 Dr. Sample Sampler.

Years passed, and this “Vinyl Sim” compression languished in obscurity, a dark art known only to practitioners of instrumental beatmaking, producers like J Dilla and Madlib.

But then Vulfpeck’s Jack Stratton read about the compression algorithm on a forum and enlisted two friends, Devin Kerr and Rob Stenson (co-founders of Goodhertz), to bring that algorithm to life in a digital form.

But Devin did more than just bring it to life — he expanded the algorithm, fine-tuned the sound, perfected its oddity.

And now that compression is the Vulf Compressor.

Vulf Compressor in use

2018 Goodhertz Engineering Fellow Jennifer Hsu walks you through setting up an external sidechain in Vulf Compressor in the Ableton Live arrangement view.

Tiago Frúgoli demonstrates how to use the Vulf Compressor to recreate the flavor and sound of three classic hip-hop samplers. (Also available in Portuguese.)

Vulf Compressor gets a shout-out in this video from Jack Stratton on his three favorite tambourinists.

A Brief History of Vulf Compressor

In a short podcast, Jack Stratton tells the story of the Vulf Compressor from inception to realization.

A true story from the making of Vulf Compressor.

The very first demo of Vulf Compressor, from the spiritual guide behind its development, Jack Stratton 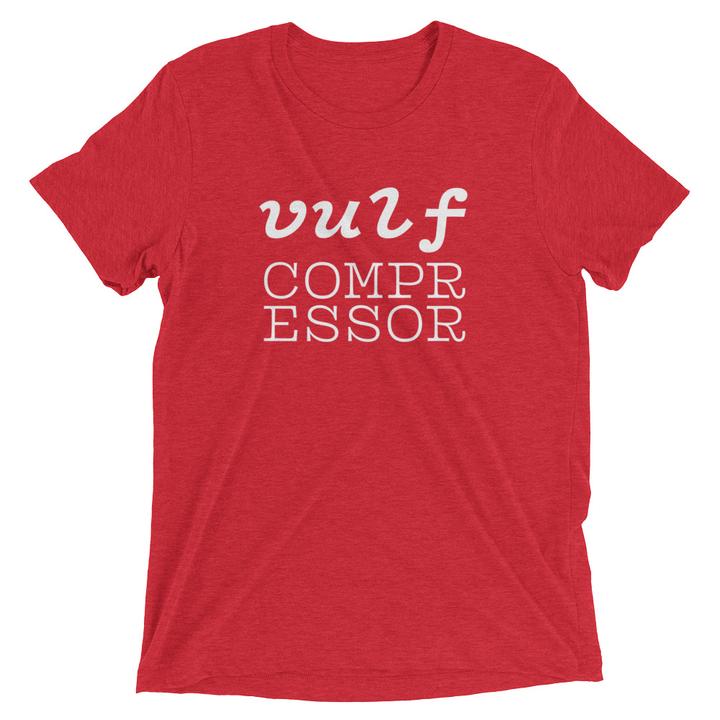